There are countless stories about how dumb blondes are and how persistent brunettes is.  Very few people take these stories seriously., after all, both blondes and brunettes are from the same planet.

But what hair color do you need to get a bunch of drooling males in heels? When you search on Google under the different hair colors to the following results appear:

I let the results stand for themselves. 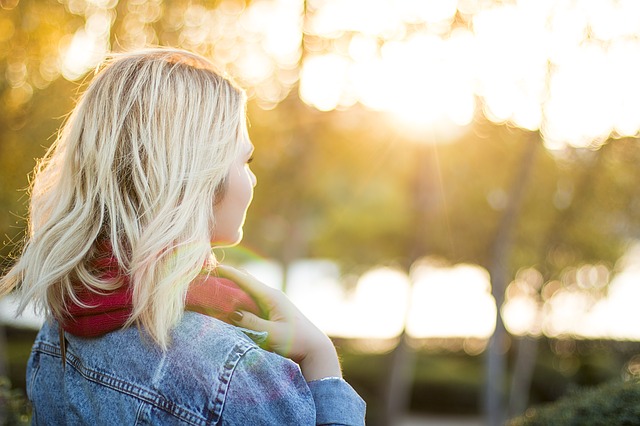 I've done my personal experience in the field "blond/brunette." Years ago, I had dark hair via a flushing color. However, the color would not go out again, no matter how much I bathed and washed.

In a desperate attempt to get my old hair color back, my hairdresser made me of the blonde. Not super-platinum blonde, but blonde.

If it was just because the guys in town chose to go into heat only when I colored my hair, or whether there is truth in words "blondes have more fun," I will let stand undecided.

It is surprising how much you will be judged on its exterior.

A few months after I was again brunette, and has been so ever since. One of my friends said, shortly after I again had dark hair:

"It looks good on you. Blond is not you, and you looked a bit like a whore before!"

Slam - right in the face.

Instead of dancing the tango on his priceless collection of CDs,  I tried to knock a little s sense into his little head. It was in vain. He held consistently that blondes were the lowest common denominator. And I was mad! Why do some people take these prejudices seriously? 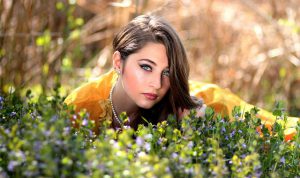 Looking at, "Miss Universe" contest, then there is an abundance of brunettes. Is it because brunettes thus are most beautiful?

Not necessarily, it may have a rather simple explanation:

Worldwide, blondes are still limited compared to brunettes. Middle East, Africa, South America -  blondes are rarely seen, and those places house a significant part of the world population. It is the most Scandinavian woman who is associated with a blonde.

"The brunette is known to be intelligent, sharp, serious, and equal to men. A brunette has direct power, and she is not afraid to flaunt it. 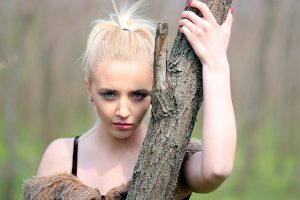 "The interesting thing is that the hair itself with age seems more and more blond because it turns gray and thus provides a gentler contrast to the face. Just like you more often see their babies with snow-white hair than puberty hit schoolboy."

Here she explained why blondes might become preferred over brunettes - simply because they look young and innocent. However, furthermore, she writes:

"Although platin blonde today is linked to personal power and thus not just power over men, then a blonde just more fun, cheaper, more straightforward, affectionate and laughter than any of her color-sisters. (...) Whether it because of man's dream of the perfect woman that so many females choose to lighten their hair? Most likely. And there are many of them. Such fake blondes. Studies show that around one in 20 whites is pure lace, but you go a trip out on the street, almost every third woman blond, so hooray for hydrogen peroxide! "

In 2005, Sunsilk ordered an investigation because they would find reasons behind hair color and attractiveness.

In the study, 1,500 men presented with three images of the same model, only she had red, blond, and dark hair on the different pictures. The men would then explain their first impression of the woman's personality.

The brunette: 81% thought that she was intelligent, and also independent, stable, and competent.

The blonde, 63% thought that she looked kind, 59% that she was outgoing. In turn, 40% also said she was demanding and lacked independence. 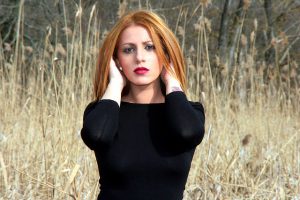 "Men are usually seeking more intense and equal partner relationship where appearance is important. Historically, blond hair symbolized youth, which always seemed attractive on men, but that has now changed."

One can then discuss whether it was merely the model's posture on the different pictures that got men to respond as they did - or whether it indeed is the impression they give different hair colors. Also, it seems that the men had perceived that it was the same woman in the pictures ...

Then we knew (maybe) a bit of space: brunettes works (according to the survey) strong and independent. Blondes seem friendly but also interdependent.

If we assume the so-called instincts and old perceptions,  men must be strong (= dark) and women lovable (= light). Whether it holds in the modern world can be shown only guess.

"I do not care about hair color. Why Judging by that? If you are unhappy, you may change it. However, hair color should suit your face and personality. I like guys blonde if they are skinny, but if they are a little macho, they must have darker hair. "

"I think that often dark-haired guys with brown eyes look beautiful, but the ones I fall for are almost always blond. I do not know how to explain it, but I can probably better identify myself with them when they look like myself. "

"Often, I never really think about what hair color girls have, but I give the most attention to blondes. Bright colors draw eyes more than dark colors do, but if I need to find a boyfriend, or score a girl, then I do not look at the hair color. There I go more into the personality and expression. "

"I like real red-headed girls because there is something different about them - it's probably the closest I can come to an explanation. Many blondes seem superficial and color the hair to get attention. Brunettes are cooler, and you feel you have to struggle a little more to get them. "

The conclusion must be up to you. After all, there are just as many personal tastes of which there are flies in a cowshed (approximately). Additionally, it requires the no more than a flushing color, if you are dissatisfied with the main yarn - blonde, brunette or redhead.