“Why Am I Doing This!?”: Beat the Bikini Wax with Brazilian Laser Hair Removal

Every woman has probably thought about a Brazilian wax at some point in her life. Either as a viable option for a beach vacation or a horrifying fever dream.  Waxing can lead to redness and irritation for days after the initial treatment, which is a pain in the behind in more ways than one.  Some say the long-lasting effects (4-6 weeks, usually) are worth the expense, pain, and inconvenience of waxing, but there are other options for those that want the same look with less hassle.

What is Brazilian Laser Hair Removal? 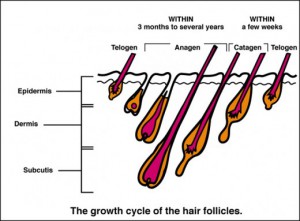 Like a Brazilian wax, Brazilian laser hair removal eliminates most or all of the hair from the pubic region.  A concentrated beam of light is absorbed by the pigment in the hair, damaging the follicle so the hair will not grow in the future.  It’s permanent deforestation.

First, the good stuff: Brazilian laser hair removal eliminates the need for frequent shaving and slightly less regular waxing. And the associated expense of visiting a salon every time a “tune-up” is required.  Also, the hair is destroyed, so there’s no peskier “five o'clock shadow” to worry about.  Plus, most people can stop shaving/waxing after the first treatment.  It also hurts way less than waxing, and individual sessions go much faster.

Once it’s over, you can say adios to waxing forever.

As for the less-than-fun aspects, Brazilian laser hair removal requires multiple treatments to take effect fully, as each session destroys about 10 percent of the hair.  You also can’t wax during the treatment. So if you experience additional hair growth, you will have to shave or be like Elsa from Frozen and Let It Go.  And you might be at it for a long time since typically a full course of Brazilian laser hair removal treatment lasts about a year. 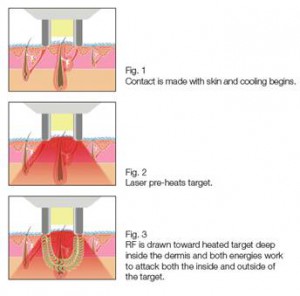 There is some risk of irritation of the skin, although much less than you would experience with waxing.  It is also generally less effective on red, blond, or gray hair because of the laser targets melanin in the hair. Make sure you discuss your options with a licensed professional if you decide to go under the laser.  Another possible side effect is hyperpigmentation (skin darkening), which is usually temporary.

It’s also a lot more expensive than waxing—a full course of treatments costs about $2,000.  Compared to the cost of a waxing session ($60-$85 for a reputable technician), that’s a big chunk of change.  There’s also no going back from laser hair removal. You have to be sure you want a permanent solution—you can’t unring that bell.

If you feel like you spend your life in an endless cycle, going in and out of waxing parlors in various states of annoyance and agony, it might be the choice for you.  Unless you’re cool with paying 70 bucks a month for strangers to see you naked for the rest of your life.