When it comes to party hairstyles, it comes to being cool, trendy, raw, shabby, and something new with which you could attract maximum party eyes towards yourself. We all would agree with the fact that hairstyles contribute mainly in enhancing our look and giving us an attractive personality. Unless we own an appropriate hairstyle, we cannot highlight out a character and our figure. Party hairstyles may be many, but what is your type would depend totally upon your choice, your comfort zone, and your face type, there are a lot many factors that need to be considered while deciding the right hairstyle for ourselves. These factors include your shape, the shape of your face, and the attire with which you desire to fix your hairs.

Get in the party mood

Different occasions and different attires demand a different hairstyle, and right now when we are focusing on the party hairstyles, then what all fits party includes the following: 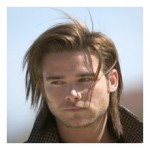 The dry raw shabby look is considered cool, and with highlighted unshaven look the ragged hairstyle compliments your appearance. With a shabby look, you need to be careful with your attire, as you can’t carry a gentleman dress up with a shabby hairstyle. Thus you will have to dress up extra lightly to get a compliment on your shabby look 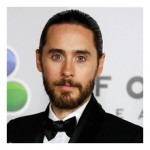 - Carrying a more macho and clean look will add extra elegance and sincerity to your look. This could be carried well with a gelled back look where you take all your hairs backward and press them tight to look clean and settled. This goes well with formal as well as friendly parties. But it compliments suits and sophisticated dressing well ahead than other attires. 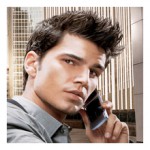 - Spike has been in fashion for a long time and it still in existence in full swing. Spike is seen a lot it parties as it adds extra energy to the personality of the person bearing a spikey hairstyle. This represents a charged energetic look, which is what the parties are all about. Spikes are carries well with both formals as well as a casual look, so next time when you go out with a spikey look, don’t bother about your dressing. As, whatever the dressing may be, spikey goes away long. 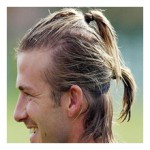 - As we all know, the gap between men and women is growing shorter day by day. Same goes with hairstyle where men have started to grow their hairs long, and this is in trend primarily. So with long hairs a lot of party looks can be gathered, you could tie your longs hairs at the back in the form of a ponytail, or you let it be open as well as that is also being considered cool according to the latest trend. 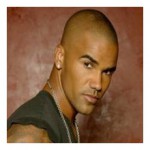 - Bald look is the new happening cool this season. If you have the personality and courage to carry it, then you should go on which this look. This look never goes unnoticed, and it highlights the beauty and edges of your face with which you get to feel more confident in yourself.

Let's move forward to the women

Combination of straight plus curls 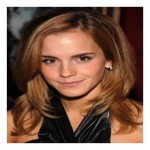 - Women could go with a mix and match of straight as well as curly hairs. Straight combined with curls gives a cool trendy look where the flow from top to bottom could be made vice versa, and that goes well with all kinds of dresses. 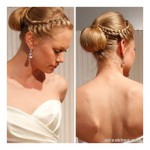 - Long hairs could be put to various styles. You could let them be open, or you could tie on to them in the form of plaits or entirely tied up, and you could maintain them in both clean as well as raw look depending upon your attire and the type of party that you are planning to visit.

Raw open with fringes on forehead 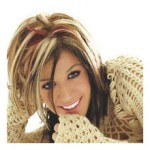 - You can make your hairs raw open, and fringes on your forehead give you a hot shabby look which is equally in demand as that of men. Women with natural look attract maximum men as per a study. So why not explore with your hairs and try on something new in which you look attractive and sexy. 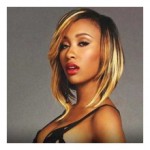 - For all those women who want a cool short look, bod cut would add a spark to their liking. With bod cut, you could experiment with different cuts on the front like fringes on the forehead or longs flicks on the sides of the face. You don’t have to compromise with your liking, but you can anytime make it look more cool and trendy by adding an extra pinch of happening styles in your dress up.

What is becoming a fashion?

Being in fashion is an essential element, and you can skip on adapting new trendy styles as this what your style quotient is all about. Be it men or women, being in fashion is equally essential for both of them. Not only women have the right to dress up according to the occasion, but men do possess the same rights as well.

Come out of your comfort zone

So next time when you think of party hairstyles, think of something new, something trendy and edgy so that all the eyes in the party get stuck over you. And of course, don’t forget to dress up according to the occasion. Because that is what decides your fashion sense. Apart from this don’t follow the rat race in the name of being in fashion, ask yourself about whether you will feel fit in the new trend or not and move forwards following your instincts. As if you will not feel comfortable in what you are wearing, then it would turn out to be a more prominent fashion disaster than anything else, think and dress up stylishly.